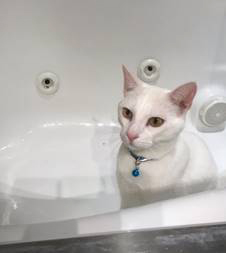 Snowball is a 2 yr old handsome, white, male American Shorthair. He has a newfound love of toys and is the very definition of a curious cat. He loves windowsills and lying in the sun. Most of all, he loves laps. These boys are bonded and have to go together, they are a great pair. Maximus is an adorable 4 mo old male tabby kitten. He has all black paws which are just the cutest. He is very affectionate, loves to cuddle has the cutest little baby purr. Maximus had been part of a feral colony. He suffered some kind of impact trauma; we think he may have been hit by a car. He holds his head at a little tilt but is capable of turning it regularly. He runs with a bit of an impaired gait but is capable of using all four limbs independently. 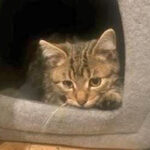 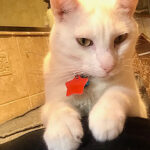 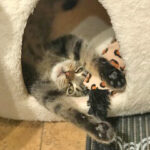